I want to sail to
Greece
in
July
with
10 (incl. skipper) people
.
Let's sail

For sailors who want the pleasure of a holiday afloat without the challenges of the open sea, the Mediterranean has long been a very popular choice. With calm waters, fine weather virtually all summer long and a wide choice of islands and ports to visit, the conditions are really little short of perfect. So here’s a quick guide to five of the most popular parts of the Med that promise an unforgettable boating break, whatever your size of boat.

This broadly consists of the area between the Straits of Gibraltar in the west to the heel of Italy taking in parts of Spain and France, Corsica, Italy, Sardinia and Sicily. Of all the areas of the Mediterranean this is the one where the more extreme weather may be experienced, particularly in terms of wind. For example, to the south of France the notorious Mistral can, at some times of year, reach Force 9 or 10.

The Adriatic covers an area of 420 by 100 nautical miles with Italy to the west and the coastlines of Croatia, Bosnia (although the country only has around 12 miles of it!), Montenegro and Albania to the east. The highlight for the sailor must be the Croatian coastline dotted as it is with many islands only accessible by boat. Many have their own particular features and among the most notable are Susak, Silba and Vis.

Also famous for its islands is Greece, though the mainland has a great deal to recommend it too. Of the over 6,000 islands, only 227 are inhabited, but this still gives you even more choice than you’ll ever need. The biggest of these is Crete with a population of nearly 650,000. Coastal areas around Athens tend to be busy but it’s easy to escape the crowds to quieter areas and enjoy peace and tranquillity afloat.

Turkey has around 3,600 miles of coastline to explore with a huge choice of marinas to choose from, always within a day’s sail of each other. There are around seven key cruising areas from the Sea of Marmara that separates Turkey and Greece to the 180 mile long Lycian Coast. The former tends to be a quieter area while the latter is always busy with charter boats, especially round the spectacular Gulf of Skopea.

To the south of the Mediterranean there are the cruising areas of Egypt, Libya, Tunisia and Morocco. The waters around the former two countries are tightly controlled so are probably best avoided but conditions are far more welcoming around Tunisia and Morocco. Being so the far south of the Mediterranean it also means that the cruising season continues later into the year.

So while we’ve only had room to give you a taster of the many pleasures that await you on your Mediterranean boating adventure, we hope that what we’ve told you has sharpened your appetite for adventure – and wish you “bon voyage”.

I'm your skipper and we can make great memories in top sailing destinations. Feel free to ask me anything about sailing.

Leave a reply Click here to cancel the reply

We often write about 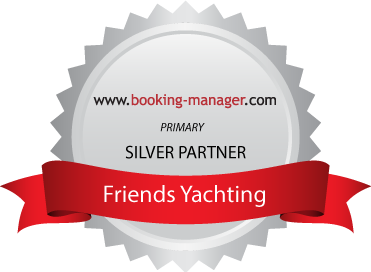